In addition to my day job as a BitGo engineer, I run Statoshi.info, a site I created in 2014 to track Bitcoin metrics from the perspective of a full node.

I’ve always been fascinated with the raw numbers relating to the status and growth of Bitcoin, especially as the hype cycle is turned up or down, depending on popular sentiment. To that end I’ve compiled statistical measurements of Bitcoin’s growth in 2016 from a variety of sources.

Before we dive into the metrics, one thing is clear: Bitcoin is at the center of an increasingly complex ecosystem that continues to grow in a variety of ways. It is difficult to see all of the moving pieces since statistics are spread across many sources, but the picture becomes more clear when you bring them all together. 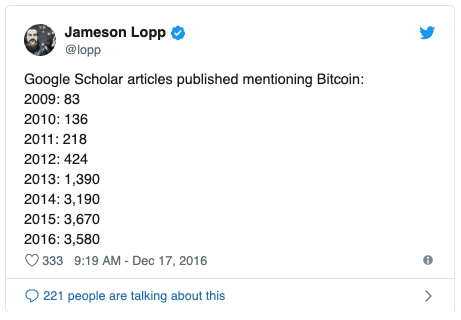 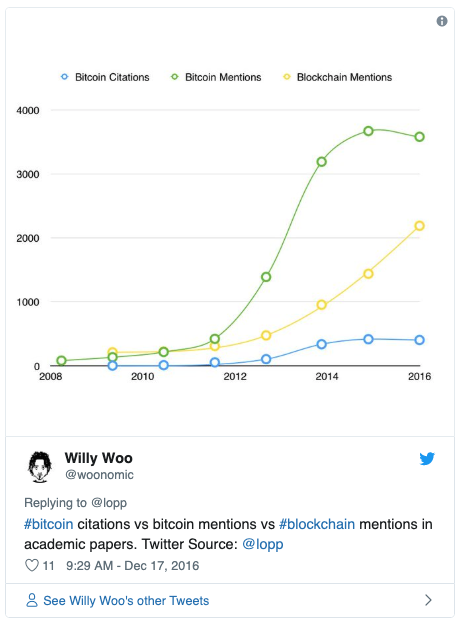 Search interest was once again on the rise: 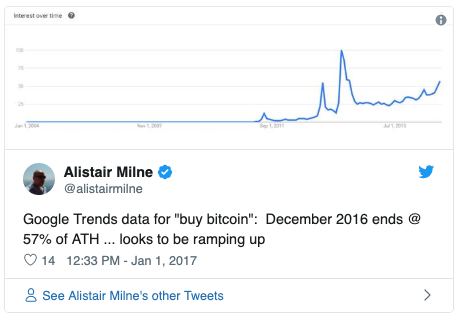 Bitcoin was proclaimed dead another 28 times: 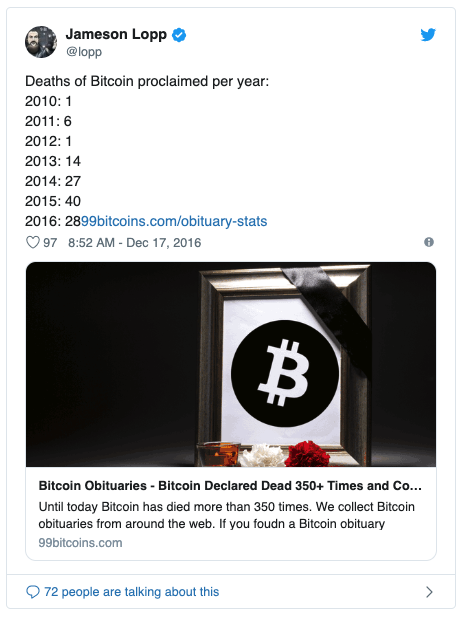 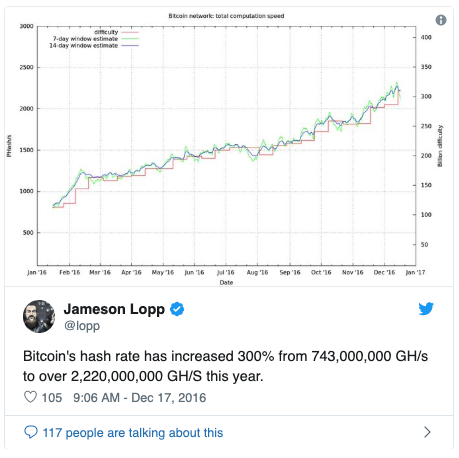 Hash rate accelerated at the fastest rate ever. This is equivalent to adding a 14 TH/S Antminer S9 every 4.5 minutes: 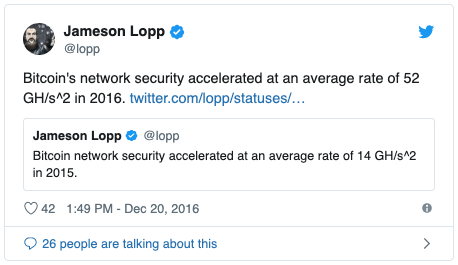 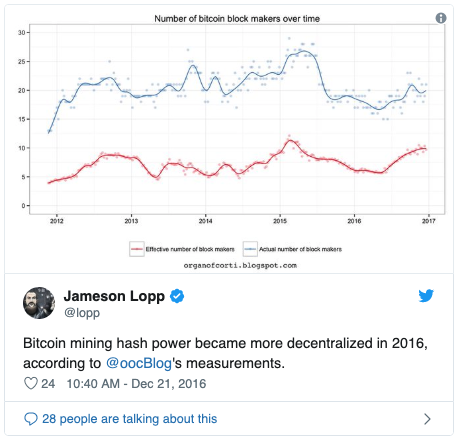 The worst case attack scenario for an entity to brute force rewriting the entire history of Bitcoin’s blockchain dipped quite low but then shot back up. This is a unique measure of Bitcoin’s network security: 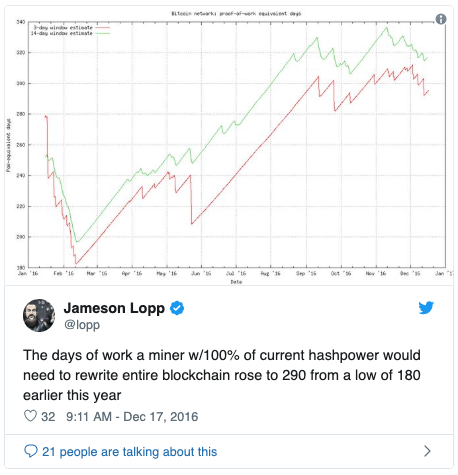 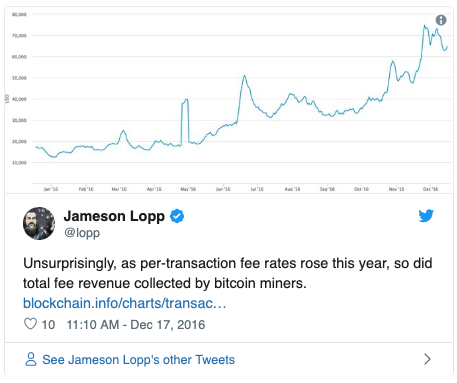 Average transactions per second increased about 50% 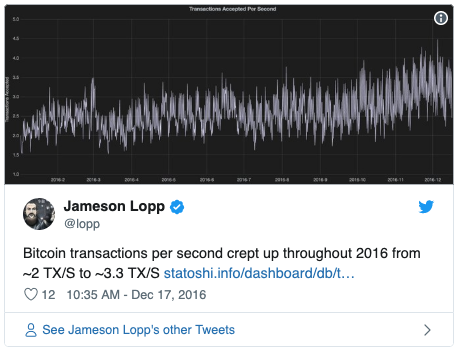 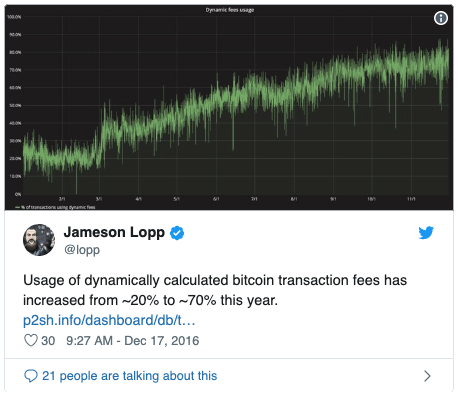 Transaction fee estimates also surged as users vied to outbid each other: 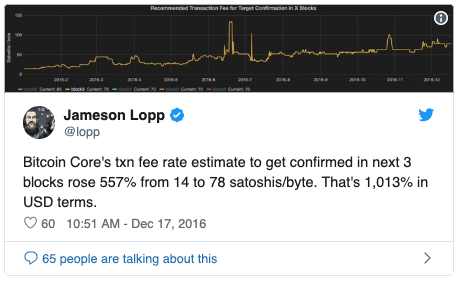 Transaction fees relative to block subsidy rose, offering some hope that Bitcoin will continue to be able to pay for its own security as the block rewards decrease in the coming years: 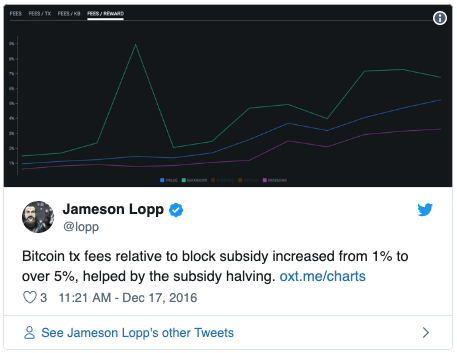 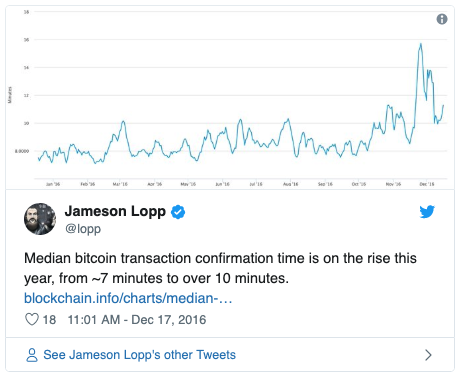 The size of the unspent transaction outputs set increased, suggesting that there are probably more unique entities owning bitcoins: 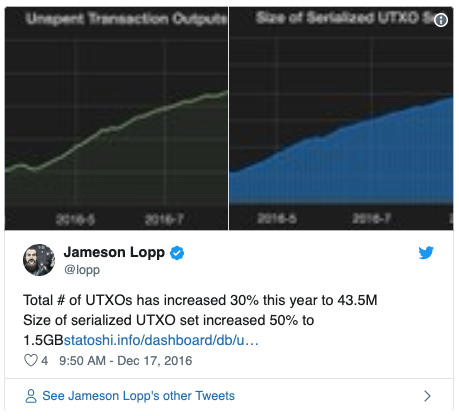 In fact, we created a net new UTXO every 3 seconds: 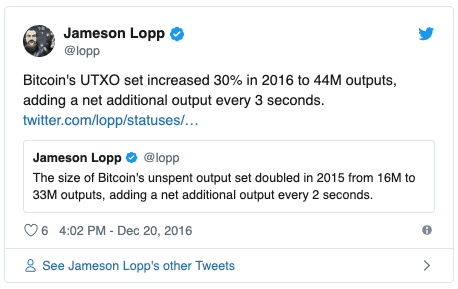 Reachable node count held steady after falling for the past several years: 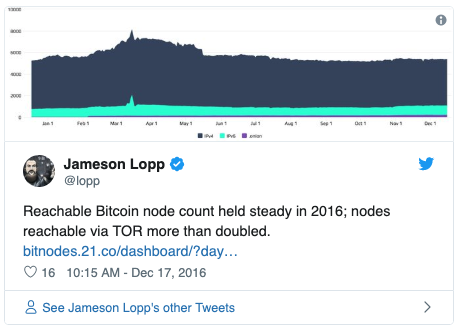 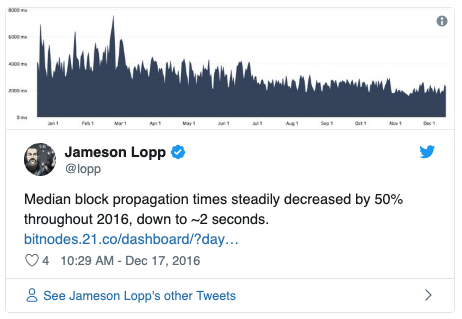 OP_RETURN outputs increased 60% year-over-year due to a rise in popularity of anchoring services such as Blockstack, Colu, and Counterparty:

Percentage of full blocks increased throughout the year: 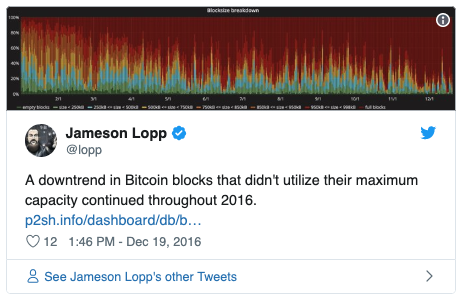 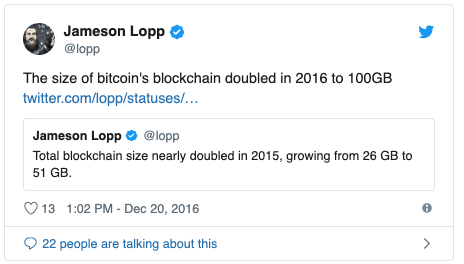 Activity on the dev email list went back to “normal” levels: 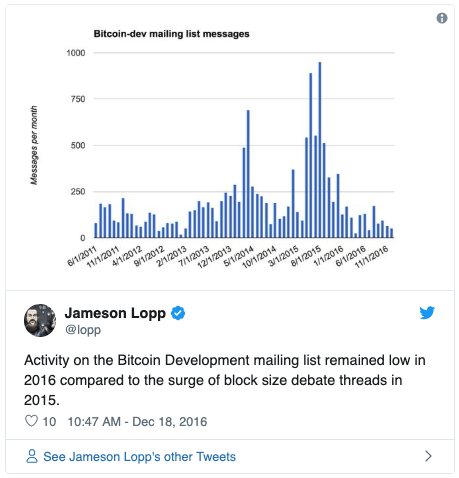 IRC activity moved over to the core dev room: 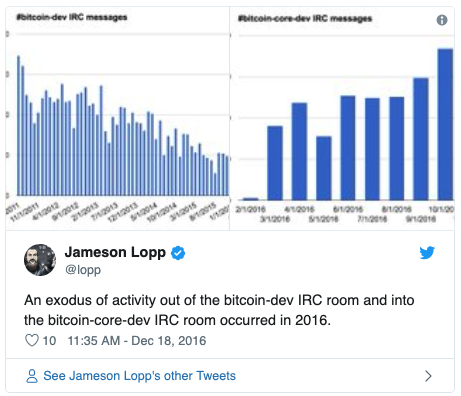 Bitcoin Core had a fair amount of Github activity: 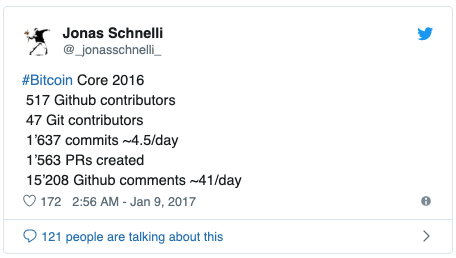 You can see an excellent visualization of Core’s github activity here: 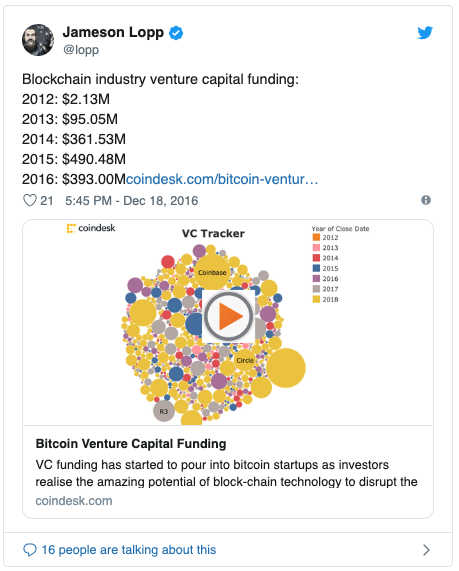 More Bitcoin payments were processed than ever before: 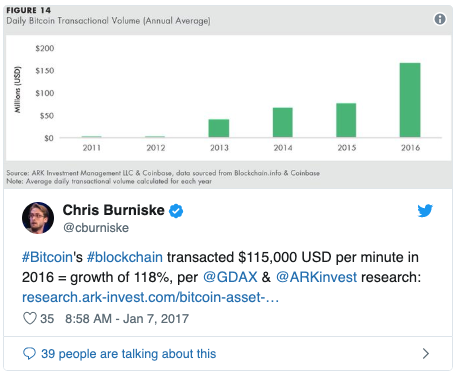 Bitcoin was once again the world’s best performing currency: 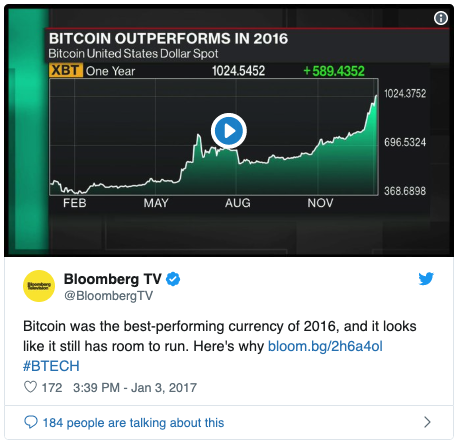 With an exchange rate increase of 123%, Bitcoin’s “market cap” increased past $16B, earning it 69th place globally in terms of M1 money supply.

All in all, 2016 was a good year for the Bitcoin ecosystem. We’re looking forward to seeing more growth in 2017!

Thank you to BitGo for Business for publishing this piece.